The Rio Negro is one of the largest tributaries of the Amazon River and was named by the Spanish explorer and conquistador Francisco de Orellana who visited the river in 1541. The river was named the Negro, which means black in Portuguese because of the water’s dark coloration. The color is caused by different tannins in the river from foliage that has landed in the water on its journey from the Colombian highlands. The Rio Negro is the largest blackwater river in the world and despite the coloration, the water contains little sediment and ranks as one of the cleanest rivers on Earth. Not only one of the main Amazon tributaries, the Rio Negro is also one of the world’s largest rivers in terms of discharge.

Beginning in Colombia, the Rio Negro starts as the Guainía River and flows along the Colombian and Venezuelan border before crossing into Brazil where it becomes the Rio Negro. After joining with several small rivers, such as the Marié River near the Pico da Neblina National Park, the river widens and begins to form the many islands iconic to the Rio Negro. This is also where the river causes annual widespread flooding events over the wet season.

When the Rio Negro meets the Amazon River, it creates a spectacular natural attraction. Due to differences in density, temperature and speed, both rivers run side by side for 6 kilometers (4 miles) without mixing to cause a visual spectacle of contrasting colors. The dark water of the Rio Negro is caused by leaves and other vegetation falling in the river and the tannins leaching out to color the water. The lighter and creamier color of the Amazon River in then from the high sediment content from clays washed into the river since its descent down the Ecuadorian and Peruvian Andes at the river’s headwaters. 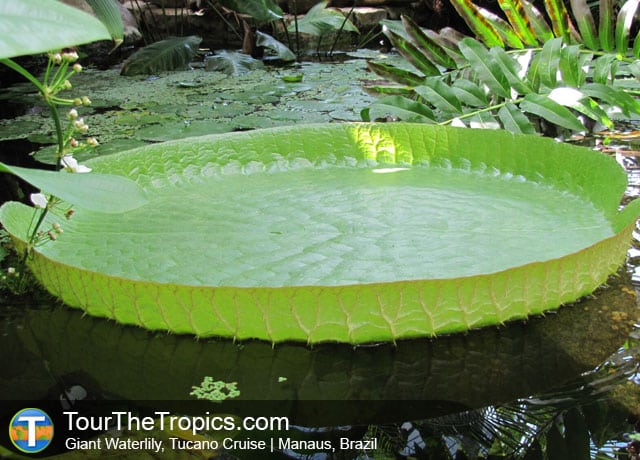 Creating one of the main natural attractions for a day tour from Manaus city, the Meeting of Waters can be visited on different boat trips simply to see this natural phenomenon. You can also see the attraction aboard Amazon cruises taking you down the Rio Negro, such as the highly recommended Tucano Amazon Cruise, which we will mention later.

The reserves and national parks along the Rio Negro form a giant protected area called the Central Amazon Ecological Corridor, which is the largest section of protected Amazon Rainforest. At 52 million hectares, this is also one of the world’s largest protected areas. A fantastic section of this gigantic protected area to visit is the Anavilhanas National Park, which can be easily reached from Manaus city aboard an Amazon cruise.

Aside from the water color, another iconic feature of the Rio Negro is the many river islands. These are created by the buildup of sediment that was washed all the way to this area of Brazil from the Guyana Hills. Some of the larger islands have their own ecosystems and are home to different shrubs adapted to the specific white-sand soils. Because of the poor nutrients, however, species-richness is low but there are different species found nowhere else.

Animals of the Rio Negro

Being in the tropics and as one of the largest tributaries of one of the world’s largest rivers, the Rio Negro supports a high amount of animals and plants. The river is home to around 1,000 different species of fish and about 10% of these are endemic. This is the area of the world where many of the popular aquarium species originate, including tetras, angelfish, and oscars. You can also find some very large species living in the Rio Negro, such as giant catfish and the giant Arapaima. 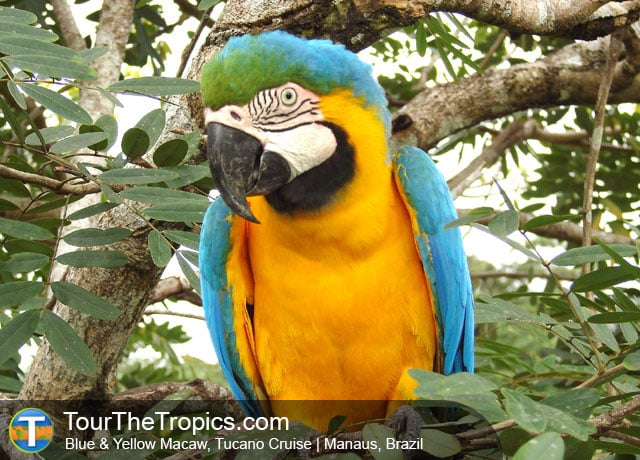 People of the Rio Negro

There are few settlements on the Rio Negro, but the river provides a very important transportation route and provides fish for many people. To give hope for the future, when local children were asked about their views of throwing garbage into the Rio Negro etc. the children said that the river should be preserved and the Amazon Rainforest should be valued and protected.

From the city of Manaus, you can enjoy a cruise up the Rio Negro and into the largest protected section of Amazon Rainforest to explore the Central Amazon Ecological Corridor. To get deep into this area of protected Amazon Rainforest, we recommend a cruise and a highly regarded option is the Tucano Amazon Cruise, which begins from the Hotel Tropical in Manaus.

The Tucano Expedition Cruise
The Tucano Amazon Cruise takes you deep into the Amazon Rainforest and up the Rio Negro and explore further into this protected area than other tours. Because of the vessel’s design, you can get deeper into the forest as we navigate the different waterways of the Rio Negro to see a diversity of forest life. You won’t be confined to the vessel and will explore the rainforest on forest walks and skiff expeditions led by some of the best naturalist guides in the Amazon Rainforest. 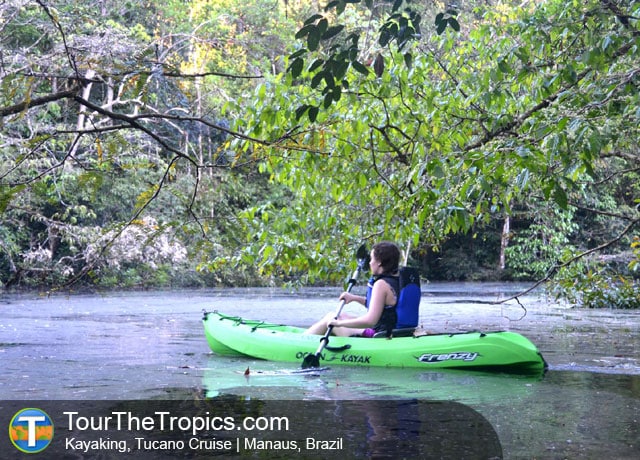 As you scout the different waterways, we will be on the lookout for colorful birds, several different monkeys, and the iconic river dolphins. The Tucano offers two different itineraries of a 7-day and 5-day cruise and in addition to offering guided walks and skiff expeditions, you will also have the opportunity to explore the waterways on kayaks. The kayaks not only offer a more active way of exploration but mean you can move silently across the water without disturbing the wildlife.

Aboard the Tucano Cruise, you will visit the Meeting of Waters where the Rio Negro flows beside the Amazon Rainforest creating the visual spectacle of contrasting colors. You will embark the vessel at the Hotel Tropical in Manaus, which is also where the cruise ends after your exploration of this incredible environment.

About the Author: Ash Card is a frequent visitor to the Amazon and has a passion for helping visitors get the best experiences from tropical destinations. Ash has interests including tropical destinations, rainforests and wildlife. Feel free to contact Ash for tour help in the Amazon. When not helping tourists with tours and info, Ash can be found salsa-ing the night away or posing near waterfalls.
Share This Article...

x
x
Share This Article...